Find Us
Make a Donation 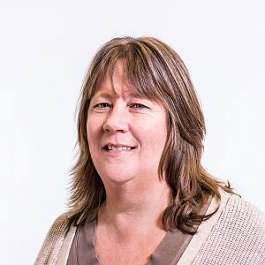 During her 30 years’ career in the care sector, Nikki has worked with adults with learning disabilities, mental health issues, brain injuries and sensory impairment, in residential, community support and supported living settings.

Nikki joined The Fifth Trust as General Manager in 2007, becoming CEO in 2020. She has taken the lead in shaping our person-centred approach to care management, with its emphasis on supporting each individual student to strengthen their life skills, build confidence and independence, and expand their self-determination. Nikki and her team are recognised as one of the UK’s leading practical exponents of this approach, which is at the core of national and local government social care policy.

Nikki holds an NVQ Level 5 Diploma in Management and the Preliminary Certificate in Social Care.

Gareth qualified as a chartered accountant in 1989.  He started his career in accountancy firms preparing accounts and performing audits for clients before moving into investment banking, initially as a tax manager and for the last 17 years as Global Operations Director for the Asset and Structured Finance business at HSBC Bank plc.

Having worked more than 30 years in the City, Gareth was looking for a career change and joined The Fifth Trust in September 2020, where he hopes to be able to use his business and accounting skills to support the ongoing growth and development of the charity and its social enterprises.

Prior to joining us, Mike worked in day care provision for children and adolescents from disadvantaged backgrounds and in a residential unit catering for young people.

He has been associated with The Fifth Trust community for 26 years. Initially, he worked at Bridge House, one of our affiliated residential homes. He came to work for us as an instructor and was subsequently promoted to Deputy Manager. He took on the role of Operations and Care Manager in 2007.

Mike has qualifications in health and social care and team leading.

Elizabeth began working at The Fifth Trust as a volunteer in 2010, becoming a staff member in 2011. With a background in cookery and baking including demonstrations, Elizabeth helped to set up the Cook Club for students, which now makes all the jams and chutneys sold in the Vineyard Café.

Elizabeth became café manager in 2017. She has overseen the selling of the Elham Valley Vineyard’s highly sought-after sparkling wine and increased the involvement of students in every aspect of the café’s running. She also led the recent redesign and refurbishment of the café, which is now also an attractive venue for special events, and the opening of a farm shop during the Covid-19 lockdown.

Jane is responsible for promoting The Fifth Trust in order to raise awareness of our work supporting adults with learning disabilities and increase income generation from our social enterprises and other fundraising activities.

With a background in local journalism in Kent and 25 years’ experience in marketing communications for a range of private sector companies and charities, Jane joined us in this new role in September 2020.